Oh Prairie Noodle Shop, you’ve done it again. You’ve gone and taken ramen, a traditional Japanese noodle dish, thrown it with locally souced ingredients and a sprinkle of magic to make yet another bowl. Was that too much? I’m not a journalist or writer so I don’t know how else to grab your attention. Here’s a picture. 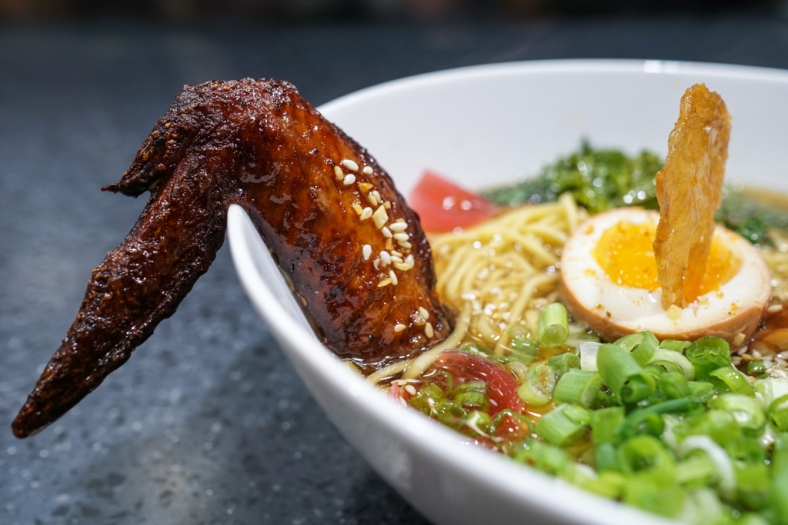 I’m not a photographer either, but I think pictures do a better job. So what’s happening here? Prairie Noodle Shop held their second ramen pop-up last night, another 100 bowls to gauge Edmonton’s interest in ramen. Last time was the ultimate Alberta-inspired ramen bowl made with pork. Second time around, the gang at Prairie Noodle Shop (Arden and Terry) and the Get Cooking  team at MacEwan University Residence Building made chicken ramen. Tickets were reserved in advance through Event Brite for a 6, 7, 8, and 9pm seating, a link was posted from their Twitter account at 8pm the week prior. I can honestly say, I felt like a 13 year old girl trying to get Justin Bieber concert tickets. Didn’t know if anybody else was feeling the same, but there I said it. Multiple refreshes, a brief panic attack, and a sigh of relief later, I had two tickets for the 6pm seating. And only eight minutes after my success, a hundred bowls were reserved. Seems like there’s at least ninety-nine others who might have felt the way I did! The lesson here: follow Prairie Noodle Shop on Twitter (@YEGNoodles) and on Instagram (@YEGNoodles) for updates! Follow me too while you’re at it. 🙂 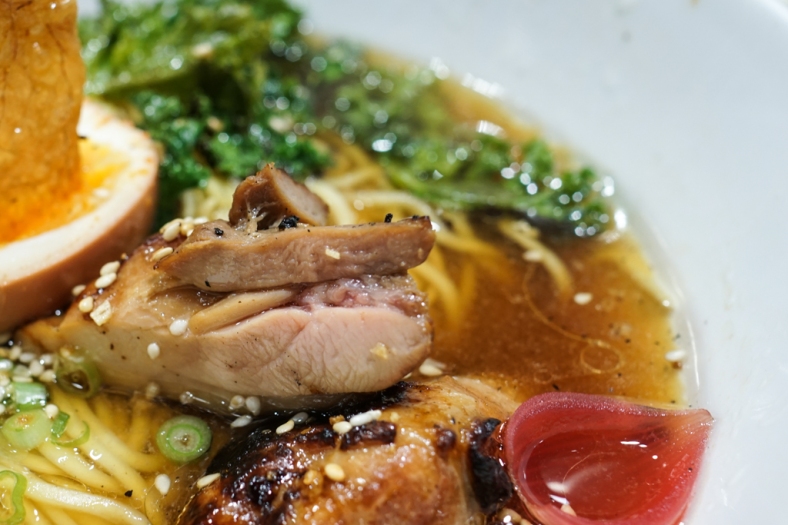 Inspired by beer can chicken, here’s what’s new: the double broth is made up of in-house shoyu chicken stock with a tare composed of three kinds of toasted barley from Rahr Malting Company in Alix, Alberta, for an earthy flavor and substituting the beer in the “beer can chicken”, sweetened with honey from local beekeeper Jeff, from Doc Johnston’s Olde Time Honey in Josephburg, Alberta; their Prairie Noodle Shop dashi made up of konbu (dried seaweed), dried anchovies, bonito, and dried shrimp provided the classic umami flavor. The wonderful D’Arcy Meats in St. Albert provided the chicken, which was done three ways (much like the pork from the first pop-up): deep-fried glazed chicken wing, chicken thighs marinated in the tare and grilled, and a baked chicken skin crisp. Everything cooked to perfection. Flavorful. Moist. Crispy! Cute little pearl onions were pickled in beet juice and vinegar for a vibrant splash of colour, made lovingly by Terry, one of the geniuses behind Prairie Noodle Shop, and some lightly toasted kale for some extra smoky flavor. The two vegetable components were definitely unexpected but an amazing addition to the bowl, both in flavor and in texture. 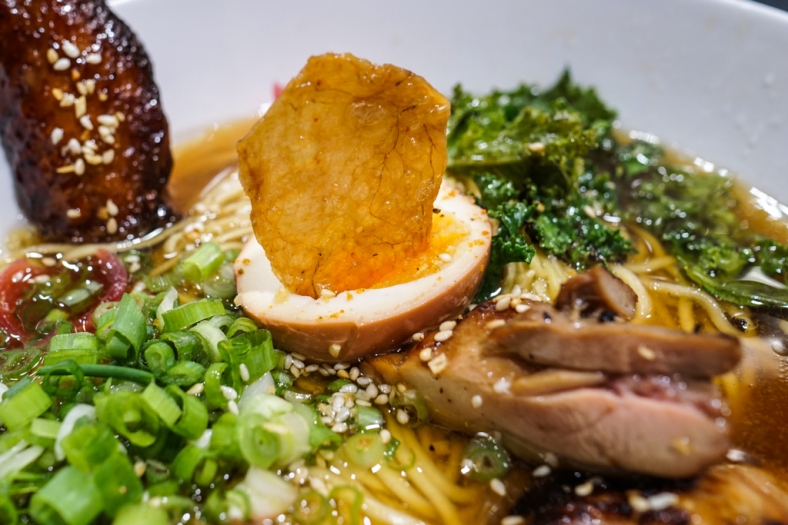 The noodles still had a slight bite to them, same as before and made locally. The umeboshi egg (all praise the almighty egg) was perfectly executed, cured in salted Japanese plum mixture, giving a slight tang with every bite. I’m in love. Slightly ooey, gooey yolk, cooked whites. The egg is a big deal. Apparently they’re made in Arden’s home prior to the event… better install a good security system Arden. I’d break and enter for a tub of these eggs. Wait, did I say that out loud? 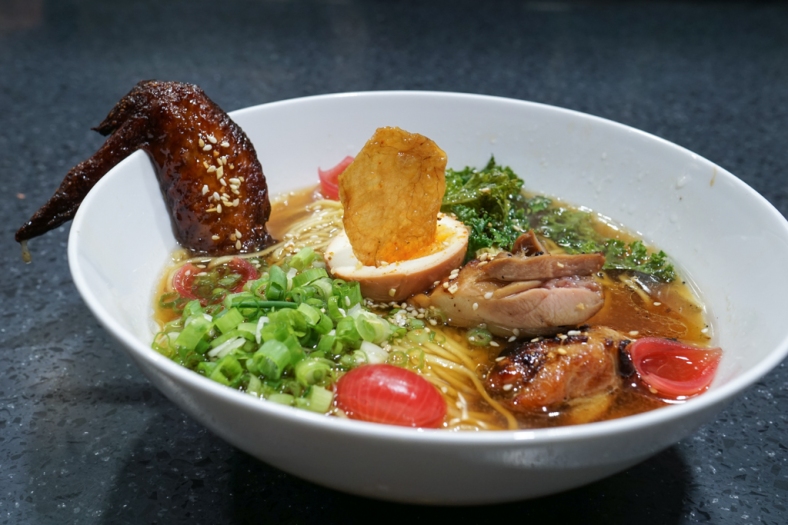 Okay, so the verdict! I would eat this bowl every day if I could. For real. Soooo yummy, heart-warming, and full of flavor, something I honestly didn’t expect (but probably should have) from a chicken ramen. Traditionally, they’re all pork. A great alternative for those who don’t eat pork or prefer chicken! Chef Stephen Baidacoff asked me which one I liked better, the first pop-up pork ramen bowl or the second. I hesitated for a moment, claiming I’d just come back to the (future) restaurant  for the other bowl but he insisted. If I had to choose, I was dying, what would be the bowl. Well then, I choose chicken ramen. It’s just different! And the chicken was killer. #TeamChicken.

Great job Arden and Terry and the Get Cooking team! Next ramen pop-up will be sometime in late March 2015 to give the team some well-deserved time off with family and friends and to regroup. Although nothing is solidified, perhaps a housemade Tonkotsu or miso-base ramen is down the line, a challenge compared to the shoyu (soy-based) ramen they’ve been cooking up. A vegetarian ramen has also been suggested, anything and everything is up for consideration! Prairie Noodle Shop is now two for two in my books. They’ve got a new logo up and have plans to launch a website soon to better communicate with the masses. Love watching Prairie Noodle Shop grow! The next question really is… when will they open up a restaurant?! The people want ramen. Feel free to comment below, we can all start a petition. With two great ramen pop-ups for 2014, I’m ecstatic for the next one!