This post is part of the series: LET’S OM NOM Cooks Edmonton Cooks: Signature Recipes From the City’s Best Chefs. You can see the recipe list here or follow chronologically here.

Shanghai 456 is a staple in Edmonton for Shanghainese food. It’s a shame that their xiao long bao (soup dumplings) or wortip dumplings aren’t included in the Edmonton Cooks cookbook but I am definitely comforted by the fact that I can whip up their hot and sour soup in a moment’s notice. Very handy when the weather changes for the worst.

The recipe makes the claim “authentic Shanghainese” but I actually don’t know what makes it specifically Shanghainese, aside from the use of Chinkiang vinegar. The vinegar is also known as Zhenjiang vinegar, a fermented glutinous rice black vinegar primarily produced in the city of Zhenjiang close by Shanghai. It seems silly then that the recipe does offer an alternative (balsamic vinegar, what?!). Seeing that the “sour” component of this soup is quite important, I’m not steering away from the real deal. Most recipes will include a hot pepper or white pepper for the “hot” portion, and this one incorporates both paste and powder forms. Shiitake mushrooms provide that much-needed umami flavour, whilst the soup components can easily be replaced with whatever you have leftover in your fridge. 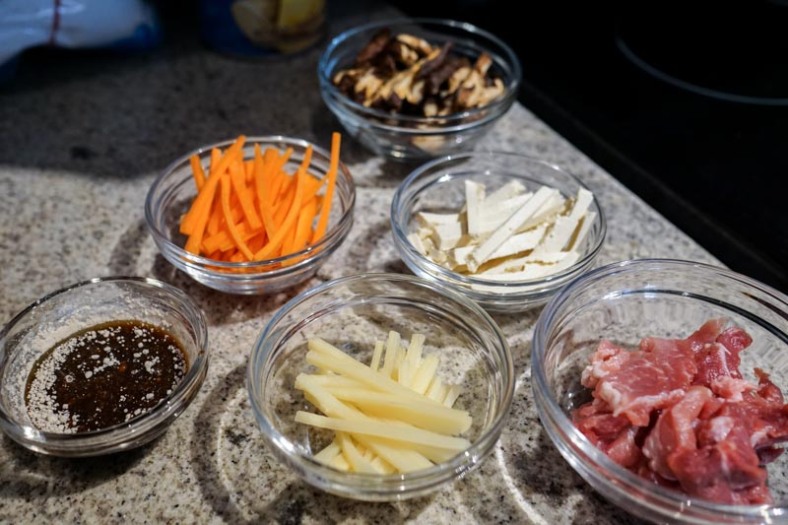 Remix potato starch slurry and slowly add into centre of soup while stirring to thicken. Add more or less slurry depending on desired consistency of soup. It should be thick enough to coat your spoon. 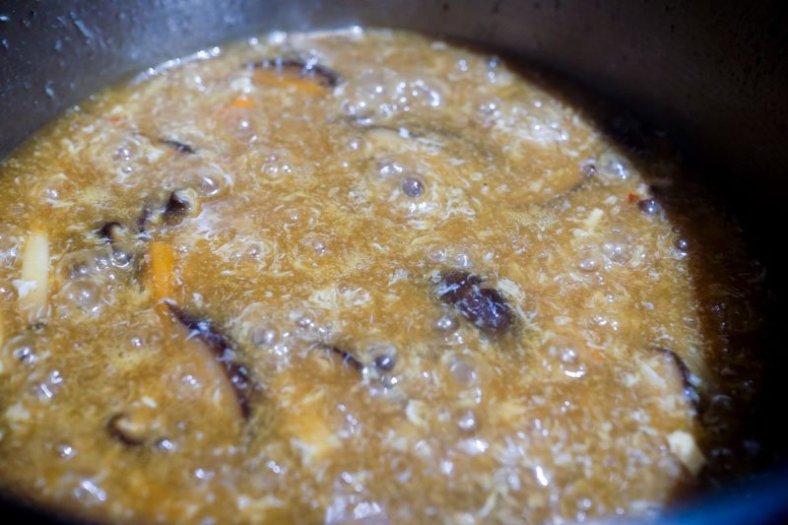 While soup simmers, create whirlpool and pour a beaten egg to create swirls of egg. 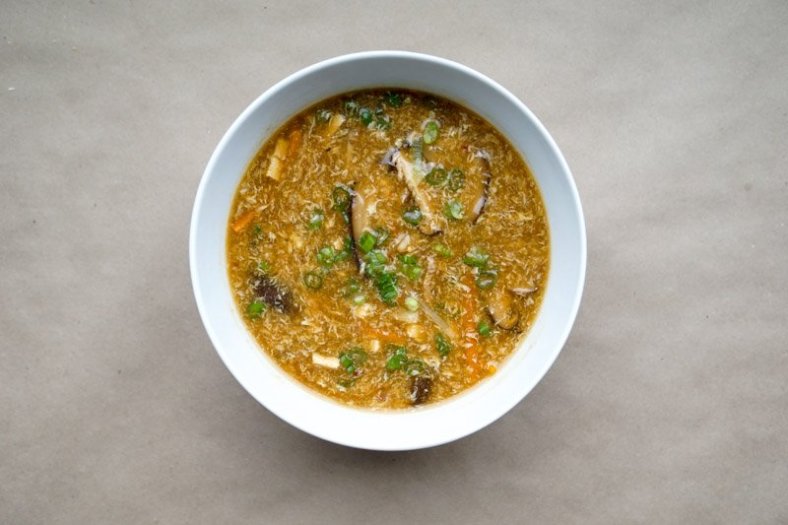 The recipe is one of the quickest to make in Edmonton Cooks, just make sure you soak your mushrooms until they’re plump. Although it says it serves four, it means four as an appetizer or small size portion. Think of the small individual sized bowls of soup you get at a Chinese restaurant. I was skeptical about the portions of water (it calls for only two cups) but it is actually accurate. For me, it was a perfect size but I’d recommend doubling the recipe if you’re aiming to have this as a main. Other modifications (based on personal preference): I added a touch of salt instead of extra soy sauce for seasoning, doubled the amount of white pepper (for more heat), and mixed in more potato starch to really thicken up the soup. For the next batch, I’d definitely replace the water with the discarded shiitake mushroom water (extra umami!) or with chicken stock. There’s just some depth and body that cannot be replaced with water and starch!