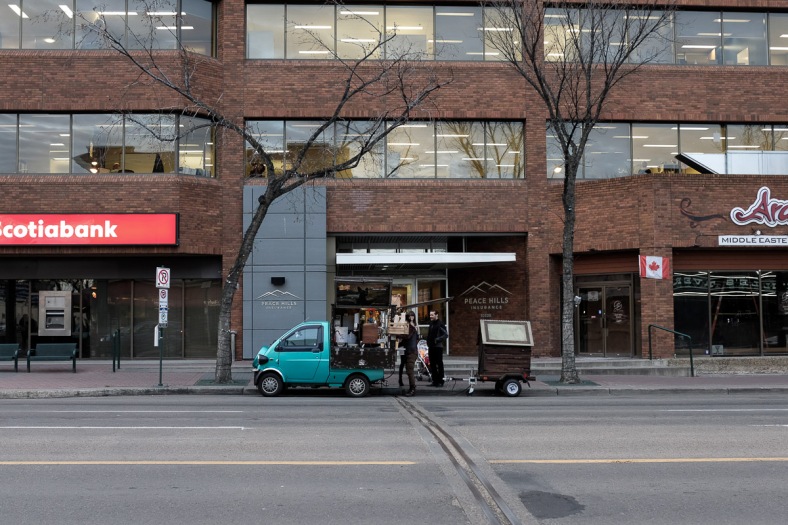 It was a dreary morning as I walked down Jasper Avenue towards work. The fall leaves were starting to wither away, the reds and yellows fading to a brown. Downtown was starting to look grey again and pretty soon a blanket of white would come. I stopped dead in my tracks when I saw a bright teal miniature food truck and the smell of coffee. You really can’t miss Lui-Chi’s Espresso and Fine Treats.

Barista and owner Shawn Kaminski has worked at various cafes before purchasing the cute mobile truck. With his chihuahuas Luigi and Pook, they searched the world for the best beans and are offering espresso-based drinks to the downtown core. Dressed in vintage, I think Shawn’s outpost is absolutely charming and adds a flare to the street. Typical Edmonton to find something so unexpected!

The tiny truck houses an entire cafe station: a Pull espresso machine, an assortment of milk choices for your dairy (or non-dairy) needs, a side station to customize your drinks with organic syrups, and a small supply of pastries and fruit. The generator is cleverly hidden in the dog house and knick knacks are a plenty for you to marvel at while Shawn makes your drink. 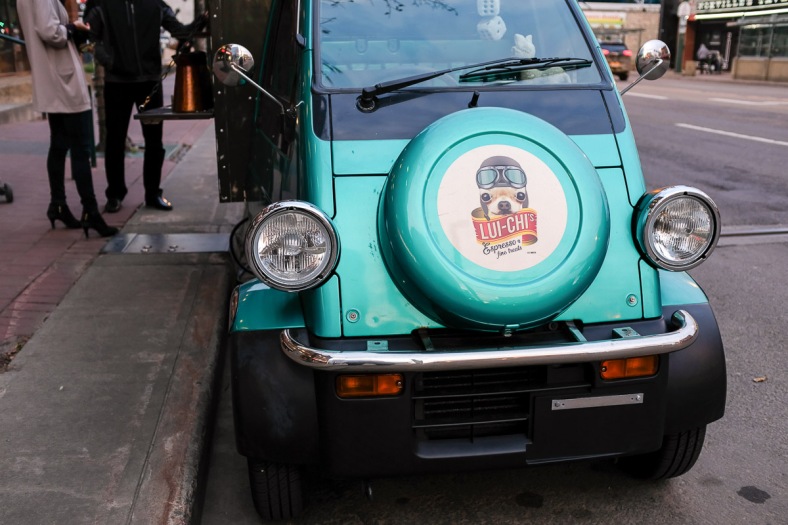 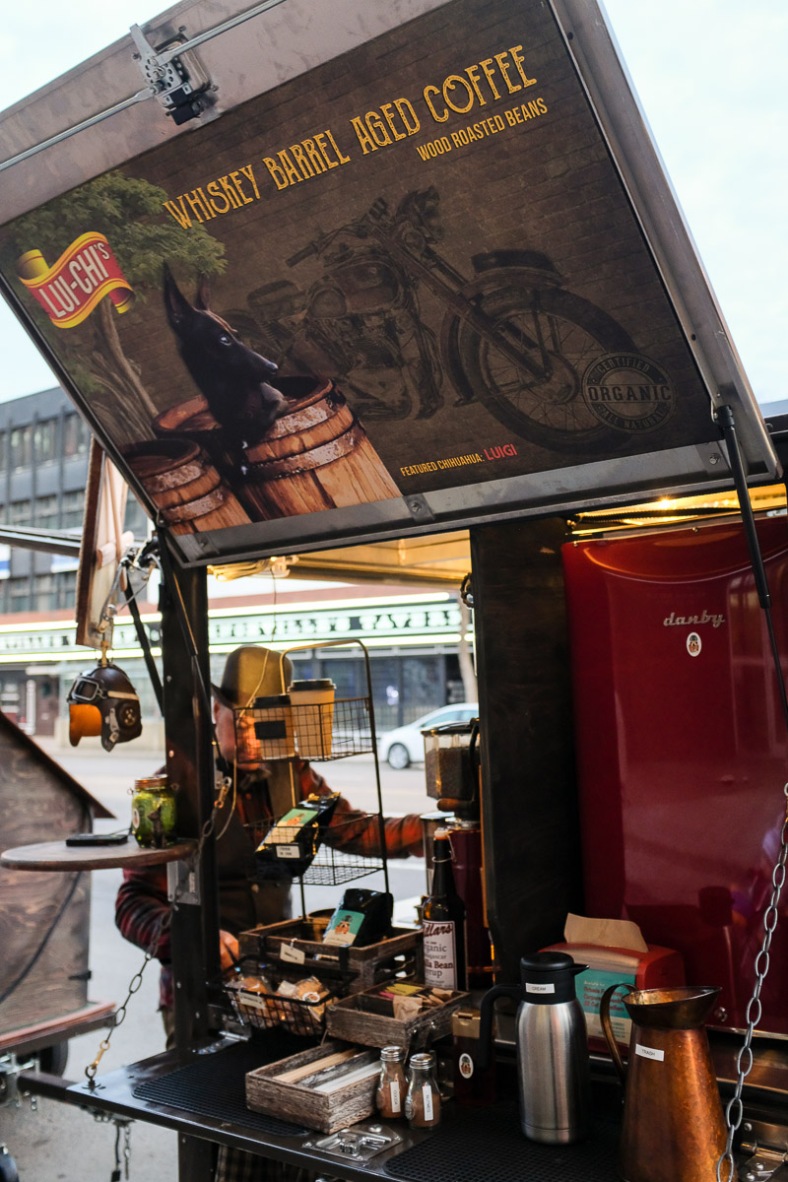 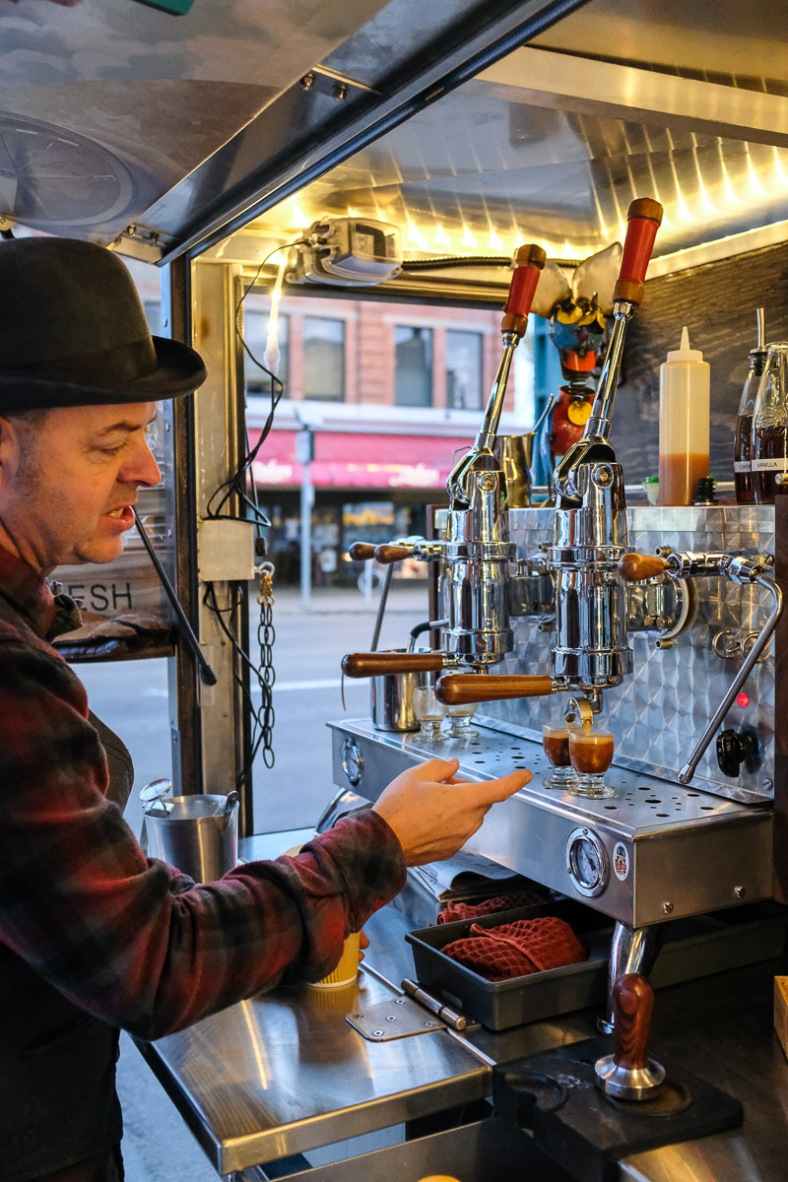 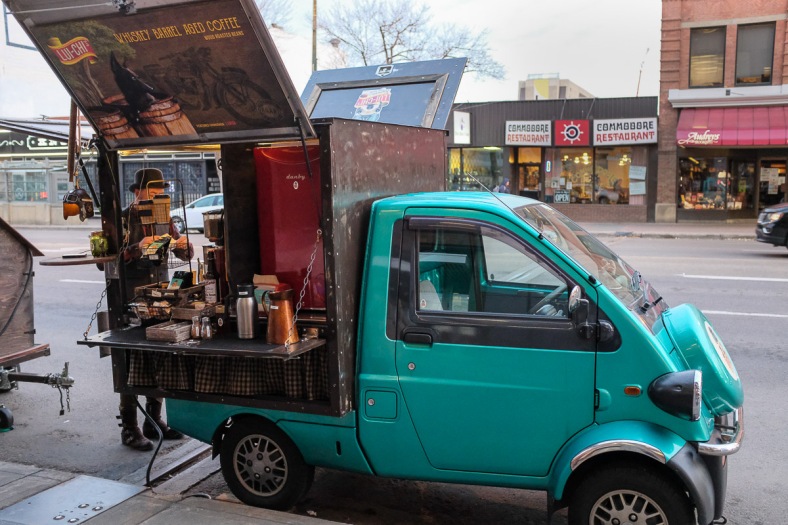 Lui-Chi’s currently uses Millars Coffee from Yacolt, Washington. The organic beans are aged in whiskey barrels for at least 30 days before being wood-roasted. It’s a technique I’ve never heard of in the city. Hand selected hardwoods like alder, cherry, and maple can be used to infuse different flavours to the beans during roasting. Subtle sweet, fruity, or smoky notes are added and are dependent on the wood and on the flavour profile of the beans. A regular cappuccino was actually quite large and I found my drink to be on the milky side but adjustments can be made at time of ordering. It was smooth, well balanced, less acidic than some others in the city, and had a slightly smoky profile. It’s pretty cool.

City permits prevented Lui-Chi’s from hitting the streets earlier this summer but the truck will be on the south side of Jasper Avenue and between 107 Street and 108 Street until snow hits. I’d follow along on Instagram or Twitter to make sure they’re out on the streets, as the business is weather-dependent. A portion of proceeds goes to animal rescue, just another reason to support Lui-Chi’s!

I’m looking forward to seeing more of Lui-Chi’s Espresso and Fine Treats and can’t wait to see where they pop up in the new year. 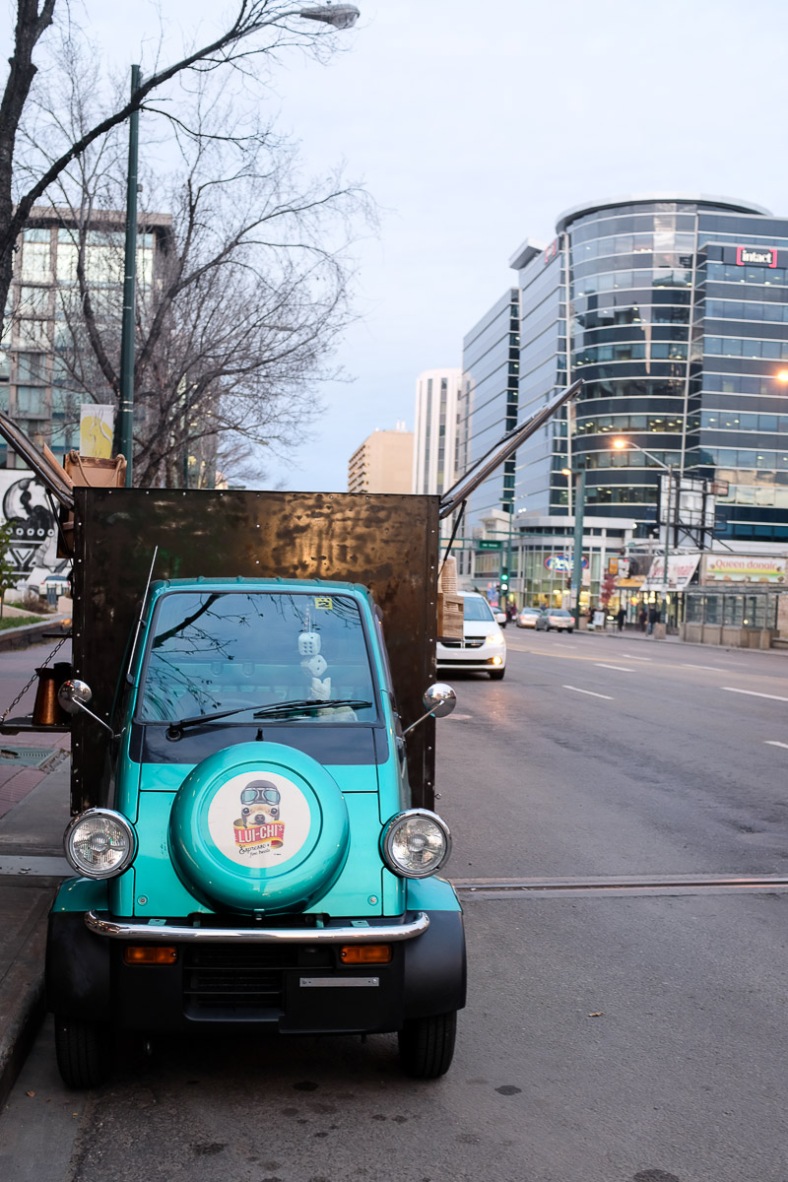